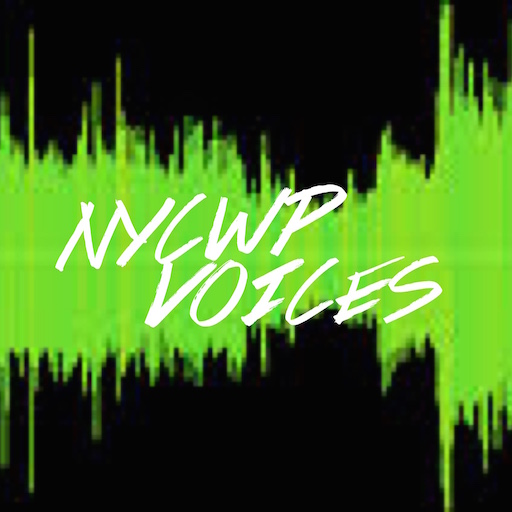 NYCWP Voices: “The Power in Memoir” by Marcus B. McArthur

The Power in Memoir

I walked through the door of my first interview in New York City public schools and, after a beguiling conversation about my resume and skill set, walked out of the building with a job offer for the school’s sole special education teacher position. I didn’t understand at the time that receiving a job offer after a fifteen-minute chat in the principal’s office was a poor omen for what was to come. I didn’t know that in competently run buildings teachers did crazy things like interview with other teachers, write essays about their pedagogy, and even discuss the curriculum materials they developed throughout their career and training. After all, there is only so much that fast-track certification programs, like the one I enrolled in just two weeks prior, could do to prepare naive aspirant teachers like myself for navigating the motley crew of personalities that comprise the largest bureaucracy of America’s rawest city. But, being oblivious to the salivating of exploitative administrators over untenured fresh meat and knowing nothing of how much money was being saved by hiring me instead of a veteran, I happily accepted the offer in a building that seemed like a fairly decent place to be.

My first three years teaching would be spent in a building, where on the first day I reported for work, a defiled classroom awaited the school’s union representative in retaliation for his advocacy on behalf of the school. This is the same building where my colleagues and I would stand in the echoed hallways of first period, each one of us hoping that our class would attract the school’s first student that day. In this building, I watched letters go into the teaching files of those who spoke up; this is the place where I received my first file letter as a warning shot to stay away from the rebel rousers. It is here where I witnessed the bewildered adolescent faces after the departure of 50% of the staff. This is the place where in just three years, two of my students were snatched from me in New York City streets.

Enduring in the profession after the seasoning of those three years sowed seeds of discord from which I am still recovering. Staying and remaining, rather than opting for whichever flavor of exit enticed on any given day, required acceptance of what I was and what I was not. To survive in what, at times, felt like a windowless asylum, was my greatest test. While maturity and distance from the experience proved revelatory, my personal growth was no substitute for the professional development I desperately needed in the fundamentals of the teaching craft. Beyond the few little pedagogic experiments implemented in my resource room each year, my progression in teaching practice was minimal. Pedagogical growth wasn’t on the agenda for the administration at which I served. Instead, remaining a neutral party in the brewing war over the soul of the school and fueling the data machine with special education paperwork completion rates that masked the uninspiring education we offered our city’s most vulnerable were the utmost priorities.

I departed the school after my job came under threat of excessing with the consolidation of our school’s satellite campus into our building. After consulting with the school’s union representative, he assured me that it was best to go, but also mentioned that he’d put in a good word for me at a school he used to work at in which he thought I’d be a good fit. After a back and forth dance with my potential suitor, I was offered a job, immediately accepted, and would reset my teaching career in a quirky little school located in the heart of Greenwich Village.

I like to start off with memoirs. These were the words first shared with me by my co-teacher during our first planning meeting for the semester long Humanities class we would co-teach in the fall of 2013. While familiar with the genre, I had never considered its pedagogical utility. My resource room experience cultivated a skill set that was more tutor than teacher—more counselor than classroom manager. The following day, he dropped on my desk the provocatively titled “How to Slowly Kill Yourself and Others in America” by Kiese Laymon. I think we should read this. I think they’ll like it. I green lighted the piece without reading a sentence.

I’ve had guns pulled on me by four people under Central Mississippi skies — once by a white undercover cop, once by a young brother trying to rob me for the leftovers of a weak work-study check, once by my mother and twice by myself. Not sure how or if I’ve helped many folks say yes to life but I’ve definitely aided in few folks dying slowly in America, all without the aid of a gun. – Kiese Laymon

A crisp silence blanketed the room. Laymon’s prose captivated the class. As we proceeded through the text, we paused often to grapple with themes students elicited: racial violence, white supremacy, suicidal thoughts, redemption. I teach in a New York City public high school. My students are the Trayvon Martin generation. They are the victims of Bloomberg-era Stop and Frisk.

Perhaps, for some, we provided one of few chances in their schooling experience to share their voice with the guarantee of it being heard. For others, the text avowed their belonging in a school community that too often clouds blacks and brown bodies in an unwelcome haze. For all, we taught five specific writing skills—authentic voice, introspection, dialogue, vivid description, and paragraphing. As we read, students quietly annotated their texts for examples of the conventions they sought to emulate in the writing of their own memoir essays.

Just take a pull. I never smoked in my life. I looked at the cigarette as I smelled it and touched it. I was afraid of so many things. What if I go back home and my mom smells me? Especially that I cut class the whole day, what if they call her from her cellphone saying that I was absent? I was with nina. The girl who’s popular, who has a lot of cute boys that like her. I liked the way she dressed and acted. She was so cool and nice, but she did things I never knew she’d do. I took a pull and inhaled it into my lungs like she told me to do. I took like 7 pulls and got that dizzy feeling. I liked it. Ever since, I started smoking. I made a year, just yesterday. – J.A.

Jaws dropped as Josephine, the first student in our class to share, read an excerpt of her memoir during our class’ Memoir Cafe. The laughs, gasps, tears, and interpersonal revealing that proceeded solidified my belief in the power of memoir. I felt pride in their poetic truths as they staked claim to inheritance of the American literary tradition. They reaffirmed my equivocal faith that their survival stories will be the catalyst that jolts America’s faint pulse to tenuous stability.

Writing is intuitive, intimate, and belies attempts to bottle it into a universally successful formula of expression. It is more truthful to acknowledge the uncertain evolution of language, genre, and craft. Just as adult generations of past misunderstood the linguistic shifts initiated by black and brown teens in the South Bronx in the 1980s, today’s teachers can only hope to begin to understand Generation Z’s ascendance to cultural supremacy. If the pioneers of Hip-Hop waited for validation of their expression the most significant cultural movement of the 21st century would not have been born.

Too often, we teachers of writing, serve as saviors of expression and we coach conformity. Too often, the bureaucratic pawns, have successfully reigned in our revolutionary pedagogies that proclaim the literacy of the postcolonial subject superior to that of the metropolitan descendent. Too often, we teachers of writing, have acquiesced instead of revolted against the corporate coup signified by the mandated performance of standardized writing in public schools.

The inherent creativity of putting pen to paper—of translating abstraction to enduring language—is being sacrificed for outcome based thinking that has more to do with parental tax brackets than the instructor that stands at the head of the classroom. The waves of depression I experience throughout a given school year stem, in part, from those uninspiring weeks leading up to those days when we jail our young people’s expression under the guise of assessment. As I train my students to regurgitate the formulaic essays that will be used to justify or deny them opportunities that are their divine right, I despise the hypocrisy of which I am the primary ambassador. I am the messenger that preaches the infinite possibility of creative expression while simultaneously coaches its destruction.

That is not to say that today’s teacher plays no role in exposing students to the technical form inherited from centuries of literary heritage. Undoubtedly, part of our job is to establish a link to tradition. However, the most powerful and transformative opportunity we can offer our students is to open the doors of exploration to the individualized writing process and allow students to write for themselves and audiences they seek to engage, rather than blindfully conform to mandated form and scripted audience.

It is from this place that students begin to tap the refreshing well of expression that will nourish their survival struggle. It is here they will locate the expressive arms that will defend their ascendance in a supremacist society. It is from within that they will cultivate the discipline of precise control, the integrity with which they wield their own power and the experience of peak freedom manifested by their radical acts of creation. 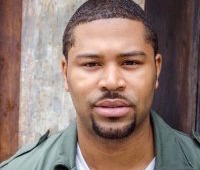 MARCUS BRANDON McARTHUR is a New Jersey native and Brooklyn based writer, educator, and political activist whose work focuses on race, economic inequality, education, and cultural politics.  He received his B.A. in History from Morehouse College in Atlanta where he focused on the shared historical plight of African descendants through studies in Mexico, the Dominican Republic, South Africa, and Brazil.  Marcus received his M.A. in Latin American History from Penn State and M.S. in Special Education from LIU-Brooklyn.  He has published works with the Mellon-Mays Undergraduate Fellowship Journal and the M.O.R.E. Caucus blog of the United Federation of Teachers.  He currently teaches English and Social Studies as a Special Education Teacher at City-As School.

From the Director’s Notebook: Post-July Update