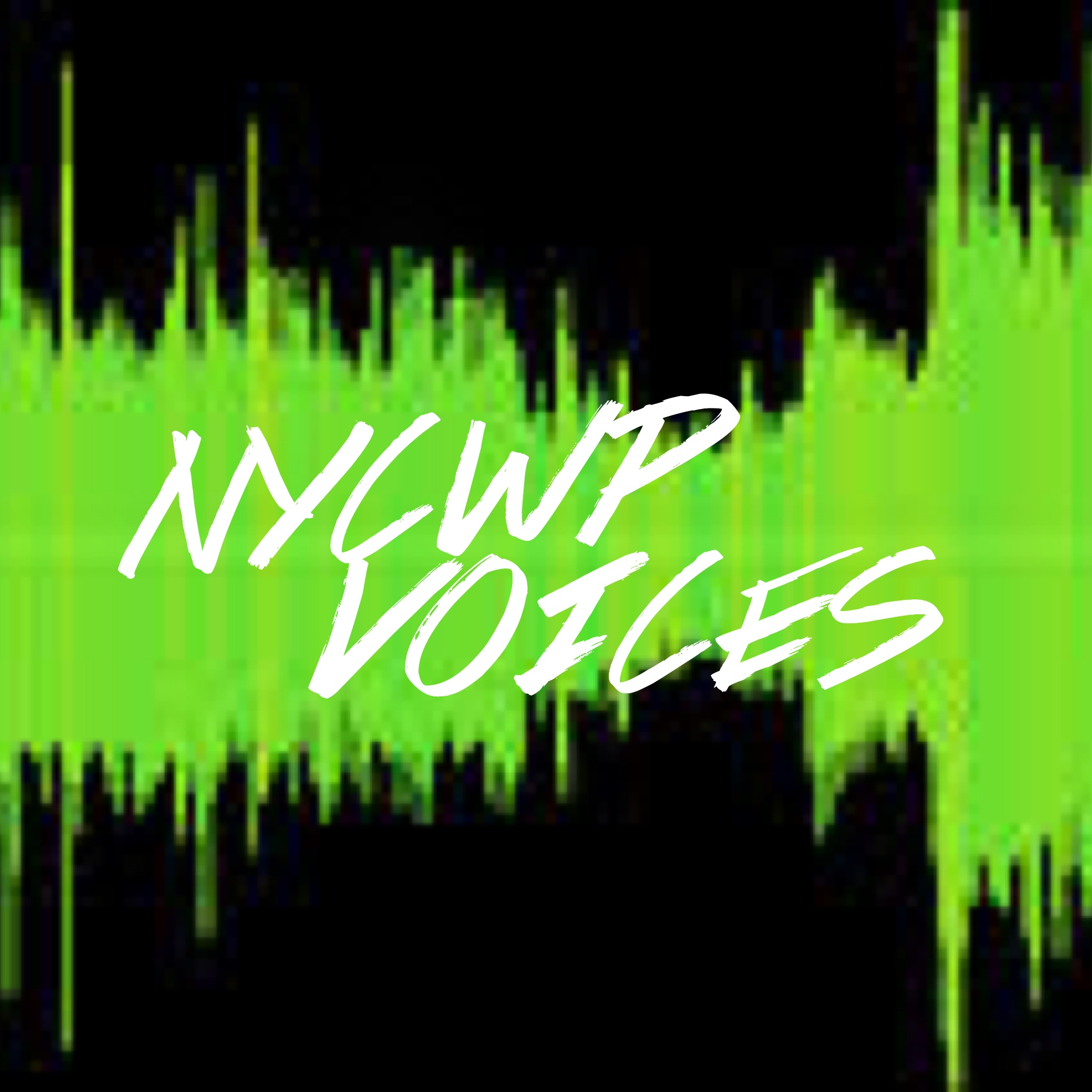 Nights are darker at ten years old, on the cusp of eleven. Noises are sharper, cold is deeper, stairs are steeper, time is both faster and slower. But loss is always loss.

It had been a week of loss that November in 1960 just days before my birthday. I had said good-bye to my classmates at Mt. Carmel Grammar School. I had said good-bye to my neighbor and best friend, Bobby Stillwater, and made those promises you make to write him lots of letters. I had walked at my mother’s side as we moved from room to room of the rented rowhouse in Altoona along with the sheriff and auctioneer, who were there to see we paid back what we could of the Welfare we had received. Almost all we owned taken out of the drawers and closets, spread on the tables, beds, counters, and floors for neighbors and strangers to paw through and bid on with dimes and quarters.

Together, mom and I said good-bye to all of the belongings we were not able to fit into the one suitcase each we would be allowed to take.

Good-bye baseball cards bought or won. Good-bye second-hand bicycle, mine for five bottle-return dollars — 2¢ a bottle. Good-bye clothes and books, and toys, and what was left of childhood.

The night before, my father, drunk, and unrecognizable as the man who had adjusted my skates and taught me how to ride a bike, had climbed the porch steps and banged on the front door for half an hour. Then, as expected and dreaded, he kicked the door in, splintering the door jamb.

Who was this man who had treed us on the second floor? How could he wear the same face as the one who told me my first report card with its 70s and low 80s was wonderful because “it gives you so much room to improve”? How could I be losing him, too?

Marie had gathered the little ones into the girls’ bedroom. I stayed with mom behind the door in hers.

Dad staggered up the steps. He could have turned the knob and come in, but again, he kicked it open.

His eyes locked on hers. “You’re still my wife,” he raged and dropped his pants.

He stepped out of his pants, came into the room. “It’s my right.”

Mom backed up to the window and jerked it open letting Alleghany cold flood in. She threw one leg out over the three story drop.

Then I was on her, arms wrapped around the remaining leg, desperate. “No! No! No! No!”

She looked down at me, looked up at him. Staring him in the eyes, she brought her leg back in and gathered me up.

“Just leave,” she said to him quietly.

Time stopped; then stretched out on the razor edge of the moment.

He took his pants and stumbled down the stairs. I would never see him again.

The next night, we fled.

Aunt Nina and Uncle Patsy took us into their tiny second-floor apartment; four children, an infant, and mom. We slept all together on the floor, chairs, and sofa of their living room. It was gracious of them and dangerous to them. Dad would figure it out and would come. We couldn’t be there. We had to be gone as soon as possible.

“You don’t have to take off your things. You can take off your shoes and sleep right in your clothes.” The little ones were charmed.

It was very dark, 10-year-old dark, when I was shaken awake. Marie’s strangely pale face was over me, that odd brown birthmark on her forehead seemed so much darker in the light of one lamp.

“Jackie, you have to wake up. We have to go. Get Martin.”

Stupid with sleep, I couldn‘t distinguish Martin from the blankets. I felt around the floor for him and found one of my shoes. I picked it up staring blankly at it. Then I put it on. Marie was back. She had her coat and hat on and Adele in her arms.

I finally focused and found Martin.

He shivered and watched me dully as I got his shoes on.

“You’re bending my toes,” he reported.

I pulled the shoe back off, opened the laces a bit wider and slid it on again, using my finger at the back as a shoehorn.

When he was shoed and his laces tied, I started gathering up the blankets on the floor and trying to fold them.

Aunt Nina fluttered over. “You no have to do this,” she said, taking them from me.

“Accidente,” she breathed and set about rooting in the jumble.

Then Uncle Vic, all the way from New York, came through the door and the pace picked up.

“Get the suitcases. Where’s your mom?”

“I don’t know,” I said and gimped over to where the bags were stacked behind Uncle Patsy’s doily-bedecked chair.

“Bring those down to the car.” He went off toward the bedroom while I took the first bag down. The car stood steaming in the night, its lights two vanilla wedges in the 2 AM mist.

Uncle Vic had come directly from work in Manhattan, a nine-hour trip. He was still in his suit though it was uncharacteristically rumpled. His chin had stubble I had never seen before and would never see again. He had another nine-hour drive ahead of him through the dead of night in a crowded car. He hated disorder, last minute plans, and long road trips, but his only sister had called so he was there.

As he took charge of the situation, I made four trips down the stairs with the luggage. They were metal outside stairs, fire-escape-like. This way I would not disturb the people on the first floor.

My socked foot grew increasingly numb from the heat-sucking stair metal. On my fifth trip up the stairs, I met them all coming down. Mom, cradling the infant Sammy, was in the lead, her eyes wide but barely taking me in. Uncle Vic with the remaining suitcases was right behind. Martin came next, his ungloved hand was letting go of the ice-cold metal rail whenever possible. Behind him Marie held Adele’s hand as she step-togethered down. In her other hand was my shoe.

“Aunt Nina found it. She said to give you a kiss ‘cuz we have to go.”

I started to sit, but Marie wouldn’t have it. “You can put it on in the car.”

Sammy, up front in mom’s arms, was whimpering with the cold. The set of Uncle Vic’s shoulders made his unhappiness with the sound very clear. It crossed my mind that men of a certain age always seemed to be angry. I wondered if I would be angry when I was grown.

The trip was a series of briefly awake moments:

After twists, turns, and traffic-light stops through bewildering canyons of brick monsters, we reached my grandparents’ tenement in the Bronx and disgorged into a late, bleak November gray. Might be snow coming.

Mom and Uncle Vic hustled the group towards the fifth floor walk-up. But I couldn’t follow. Not yet. I stood a while against the car – a short while and just a minute or two more – eyes closed, holding onto my loss.

Then I lifted everything I owned and climbed the 80 steps to my future. 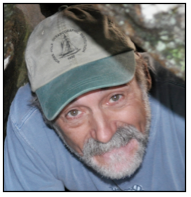 Over the course of his four decades of teaching in New York City, there have been more than 6,000 days when JOE BELLACERO felt the joy of entering the classroom. He has relished at least 30,000 classes, working and learning with young people who wanted the same things all young people want—to have fun, experiment, discover themselves, push their boundaries, escape the embarrassment of ignorance, be respected, challenged, disciplined and loved. Joe considers teaching to be an adventure, with all that the word implies: uncertainty, discovery, sudden threat, startling beauty, unexpected twists and the possibility that there wouldn’t be a happy ending.  It also implies that the adventurer will need to learn from more experienced guides, will have to innovate on the fly, and, every single day, will be made very aware of being alive.  Joe currently enjoys the adventures of being an NYCWP teacher consultant.